Voltaire-Poem on the Lisbon Disaster 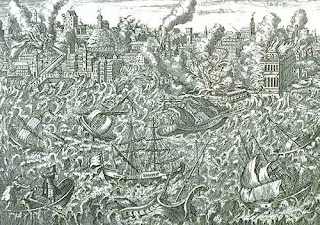 This is a poem written by Voltaire in response to the Lisbon earthquake, often called the Great Lisbon Earthquake. It took place on Saturday 1 November 1755. The earthquake was followed by a tsunami and fires, which caused near-total destruction of Lisbon in the Kingdom of Portugal, and adjoining areas. Geologists today estimate the Lisbon earthquake approached magnitude 9 on the moment magnitude scale, with an epicenter in the Atlantic Ocean about 200 km (120 mi) west-southwest of Cape St. Vincent. Estimates place the death toll in alone between 10,000 and 100,000 people, making it one of the deadliest earthquakes in history.


The event was widely discussed and dwelt upon by European Enlightenment philosophers, and inspired major developments in theodicy and in the philosophy of the sublime. This poem addresses theodicy head on questioning how such great evil can exist if God is good? The poem is a pain-filled expression of doubt and simply beautiful. I particularly love the last stanza, so powerful.
(This translation and the footnotes are those of Joseph McCabe)

POEM ON THE LISBON DISASTER;
Or an Examination of the Axiom, “All is Well”


This are some artistic renderings of the earthquake from that time. 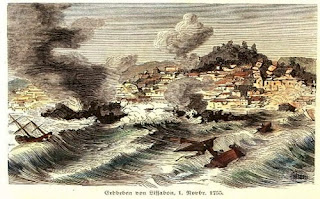 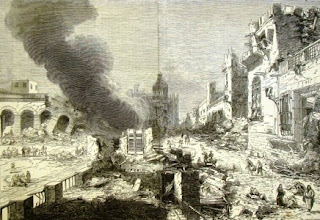 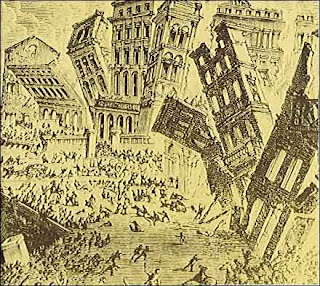 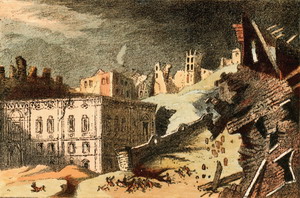 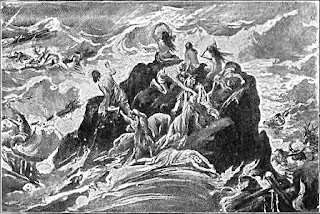 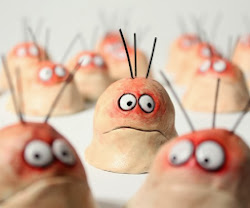